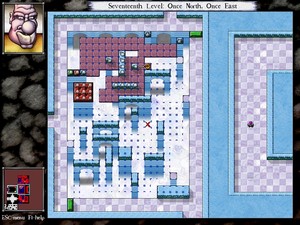 DROD is a highly addictive game somewhere between nethack and sokoban. It looks like an action hack'n'slay game on the first sight but really is more of a logic/strategy game.

Running it on Linux

Both of the most recent versions of DROD, 1.6 and 2.0, come with their own graphical installer. Download them from http://drod.caravelgames.com, set the permissions to executable, and run them from there. If you run arts you need to start it with artsdsp or it will hang on init:

Except where otherwise noted, content on this wiki is licensed under the following license: CC Attribution-Share Alike 4.0 International